Have you made your bucket list? Now’s the time — write about the things you want to do and see before you become dust in the wind.

I did make one earlier, which you can read here. Guess it needs more additions. 😉 And wondering when even the first one will be crossed out 😦

Who doesn’t love a list? So write one! Top five slices of pizza in your town, ten reasons disco will never die, the three secrets to happiness — go silly or go deep, just go list-y.

I never made a list before, even simple as a to-do list. However just this year I decided to make one for starters, actually the most important one of my life, my bucket list. Also I’m noting down a list of all random good I do this year, called 36 Random Acts of Kindness inspired by one of my most favourite and inspiring artists, Mike Shinoda of my most favourite band Linkin Park. Hopefully I’ll make more of them for smaller things to ahead, and seeing many blogs and people, this is something which many like doing and which helps too.

If you could visit any city in the world, which city would you pick and why?

That’s an interesting question, I always wanted to travel around the world.

There are many places I would like to visit (not just limited to cities) first. Waiting for time and the opportunity to present itself. I would love to go to New York, for pretty much everything. NY is like the bigger better version of my home city Bombay (I guess). I want to visit Los Angeles and San Diego too, for being in most awaited events of the year which being E3 and SDCC. Besides always wanted to see Hollywood too. Others being the glorious city of Rome, London, Istanbul, Montreal, Vancouver just to name a few which I can think of at the moment. 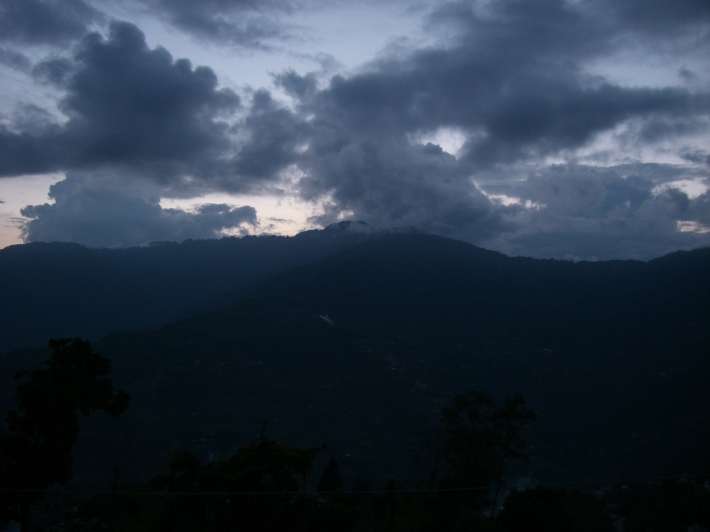 Some of the most surreal experiences I’ve had were during my trips to the north east of the country, near the mighty Himalayas. I always wanted to travel around the world, and especially the Himalayas and the beautiful mountains. I have seen a part of the mighty mountain range, and like in the movie The Bucket List I want to see something magnificent before I die. I actually started blogging after my last camp n 2007, which you can see in the early archives of my other blog.

In recent times, another close to surreal experience when I saw one of my most favourite band Poets of the Fall live for the first time! You can read a detailed account of my experience here.

Although there are a lot of things I want to do before I kick the bucket, (See “The Buried Life” a very cool MTV documentary TV series) I never really thought about it as a list. So thanks to the daily prompt, now finally I’ll just jot them down, may be random and in no order of importance, although what comes first to my mind as I write it down may give a faint idea. So here is my bucket-list:

(phew!) I’ll keep adding more as I can think of what which just comes and goes in my mind but present somewhere. So coming to the prompt:

Yeah I always wanted to do that! Especially seeing it in movies, video games and every other dam place. Hopefully will cross this one before most others.

Ni dieu ni maître!
There’s big bow world out there bitches
occupy forward
coffee without boundaries
me, at every pretty girl ever 🐶
Let there be light (and never ending 🍷)
MURDER ME WITH THOSE EYES
grids and games, some things don’t change (also i need more space) #pcmr #nintendoswitch #nintendo3ds
There’s a first time for everything I suppose (not talking about blowing here)