If you were involved in a movie, would you rather be the director, the producer, or the lead performer? (Note: you can’t be the writer!).

(Dammit!)
I would most probably end up being the director, making a movie (or two or more) has always been in my long term plans.
And of course Directed and Written by yours truly does look nice, doesn’t it? 😉

Can’t think of a better one about a certain rad community than Comic Con happening at the moment here in Mumbai, 21-22 December 2013! It’s dubbed as Mumbai Comics & Films Convention here additionally, since it’s just starting to grow here. 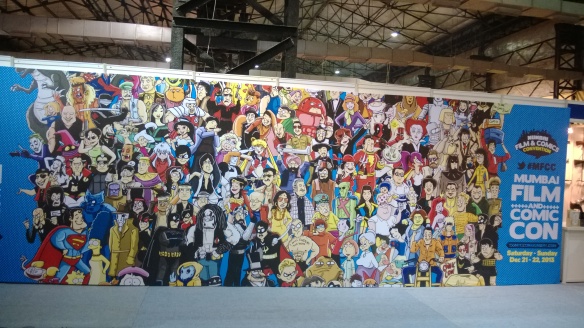 That would describe in a way what drives the plot of Christopher Nolan‘s upcoming film Interstellar. First teaser trailer, living right up to it’s name was just released. Watch it in all it’s glory. While we might be years away from space interstellar travel, that’s a way of solving humanity’s problems as far as resources and natural aspect is concerned. Though that’s far from the problems we have.

“We’ve always defined ourselves by the ability to overcome the impossible. And we count these moments, these moments when we dare to aim higher to great barriers, to reach for the stars, to make the unknown known.

I count these moments as our proudest achievements, but we lost all that. Or perhaps we’re just forgotten that we’re still pioneers, that we’ve barely begun.

And that our greatest accomplishments cannot be behind us, because our destiny lies above us.”

Of course I love watching movies, I see over hundreds of movie every year. But I classify them as a luxury and not exactly a necessity, though the latter can be regarded as the truth. Well okay, while watching once can be the required part, what exactly is the luxury is I tend to watch movies multiple times, all those extra times can be counted as such thanks to my hard working parents (so far) 😛

Here is a picture inside of a local theater, since no names can be seen as such hope I don’t get in trouble 😛

Today a year ago, the final installment of the most epic trilogy released, The Dark Knight Rises. Words aren’t enough to describe this piece of spectacle, being a very polarizing movie of 2012, it captured the essence of what makes the most iconic caped crusader who he is. The Dark Knight Rises was the most anticipated movie of not only the year, but by numbers, of the entire preceding decade!

Relive the wait and magnificent moments here with this trailer:

How many times did you see it at theaters and at the moment? I counted 12 till it went off the theaters. It surely had one of the most satisfying endings ever, and sure did move the hearts of millions of Batman fans. Now here is to the next one who takes up the mantle. 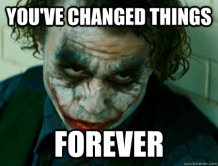 Today, 5 years ago, a movie which can be regarded utmost ‘perfect’ was released, featuring one of the longest running legendary rivalry on-screen, The Dark Knight. I remember being so dam excited for it, and couldn’t stop myself from jumping from excitement (in a manner of speaking) and also being mocked for waiting for movie ‘like this’. And it was so worth it. From hearing of Heath Ledger’s shocking and tragic death barely a month later to seeing the intense and exciting trailers at the end of ’07, all the way down to following the film’s unforgettable viral marketing campaign, it was very apparent to me and millions of others that there was already something special about this film.

There is no amount of praise which can describe this epic, or by now no need for them. 🙂 So here is to 5 years!

You can relive the amazing trailer for it here again:

Also, those of us fortunate got to see the end of the legend, the last film of the epic The Dark Knight Trilogy on this day last year, The Dark Knight Rises. I remember being in tears the first time (and subsequent few) times when I watched it. So today is special indeed.

Take the day off and enjoy the world’s greatest movie trilogy ever made, for as already said, they have changed everything and defined how perfect movies are made.

If the world worked on a barter system, how would you fare? Would you have services to barter? Would you be successful, or would you struggle?

There is a movie called In Time, in which humanity had been genetically engineered to stop aging at 25 and to be born with a digital clock, bearing a year’s worth of time, on their forearm. At the age of 25 the clock begins counting down; when it reaches zero, that person dies. Time has been turned into the universal currency; one can give time for products or services, as well as transfer it to others. A person can no longer die of old age. She/he can only die by “timing out” (running out of time), having one’s clock “cleaned” (murder by someone taking all their time), or through recklessness (e.g. getting shot, overdosing, etc.)

While the film itself is okay, the concept is very brilliant and intriguing. What else could be more precious apart from our (free) life itself? While the age limit itself can cause a fair share of problems apart from the whole deal, and without it there can’t be an established give-take as there must be a limitation to it for it to reach zero, just like having a specific amount of wealth, it can become nearly impossible otherwise. But this could be something really thought provoking.

Super fan Oliver “Oli” Riches made this aspirational poster of young Clark playing in a cape, an acknowledgement of Clark’s destiny that is ahead. And you did the title right?

Okay so there are lot of things which I can post for ugly, and there are lot of things which I need to amend/change in and around myself, but for now I want to highlight my disdain for the not-so ‘3D’ in so called 3D movies. Wearing that thing just annoys me coming between me and my movie experience and very few movies actually have decent effects to be even called that let alone worthy of it these days. All money making I tell you that, which is another ugly thing.

If this isn’t big, what is? At the premier of the most anticipated movie of 2013, Man of Steel. 🙂 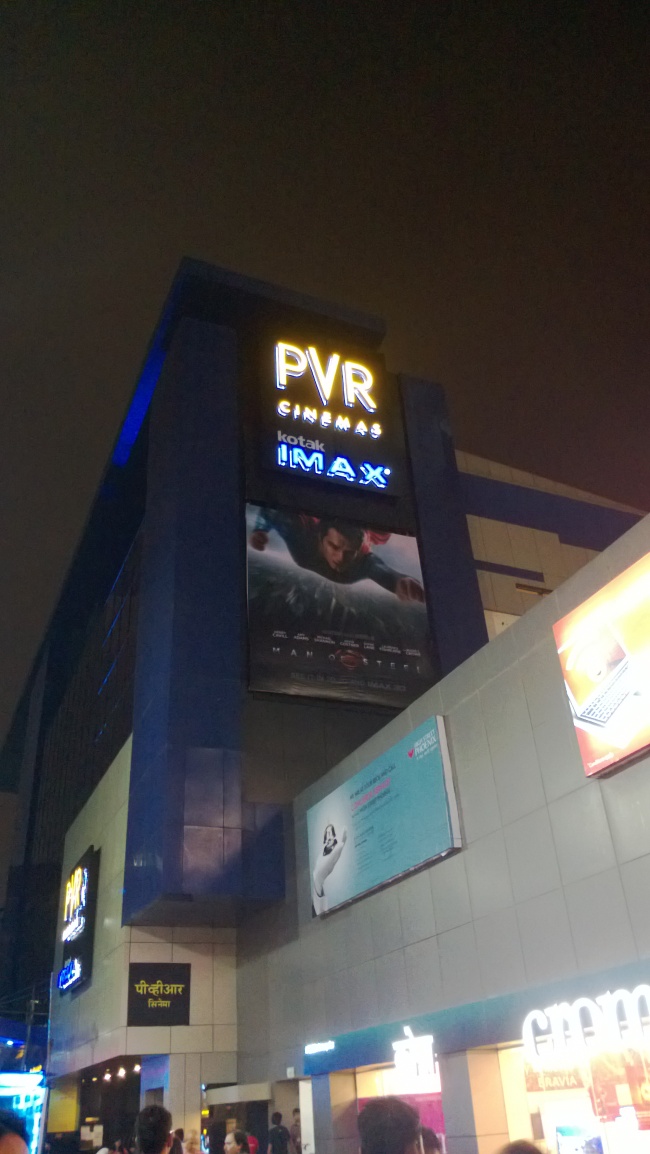 The movie was wonderful, left me with lot of teary and goosebumpy moments. Finally we believe again, a man can fly.

Follow The Nameless One on WordPress.com
Join 2,187 other subscribers