While there are many which I can share for this challenge, here is what I dug up form the archives which I thought is a lovely representation.

This is at IMAX Mumbai situated at Wadala, the first and biggest IMAX theater in whole of Asia which proudly is in my city. Took this in 2010, when I went to watch Iron Man 2 on the opening day here. Perhaps I’ll do it again when I go to see Iron Man 3 which releases next week.

Originally I wanted to share these however, which I took last month during this event which I won at. From the rooftop of the hotel, simply amazing view at the end of the city where the land ends and sea/ocean continues. 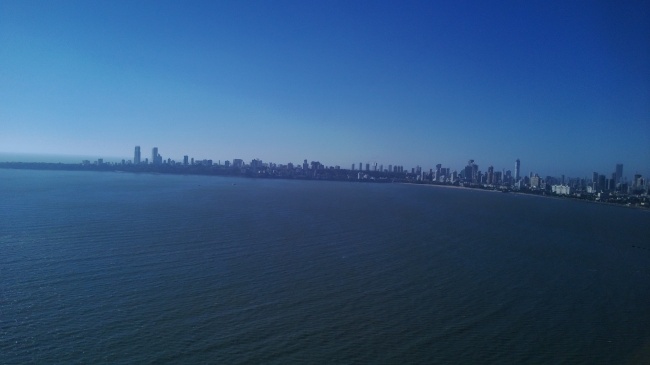 And lastly, up wouldn’t remain truly up if I don’t post this (looks like I’m being too generous this time). This is my hall ceiling which I sort of look at when sleeping faced up. Took it in pitch dark while testing my Lumia 920’s low light camera capabilities. Pretty amazing but still miss my previous amazing phone the C905 though, the world’s first true camera phone with it’s amazing Xenon flash. That could actually capture the fan with it’s blades halted.

8 thoughts on “Weekly Photo Challenge: Up”