More than perfection itself, which is more of an intellectual concept than reality that possibly can’t be achieved or obtained in simpler terms, what’s more important is the journey towards that ambiguous goal. Imperfection is what adds the essence to life.

I was reading this article earlier on the upcoming much awaited movie, the Man of Steel. Quoting from the article, “I’ll be honest with you, there’s no Kryptonite in the movie,” Snyder said. Man of Steel hopes to humanize Superman, but by giving him new flaws and vulnerabilities. Superman actor Henry Cavill said, “Although he is not susceptible to the frailties of mankind, he is definitely susceptible to the emotional frailties.” 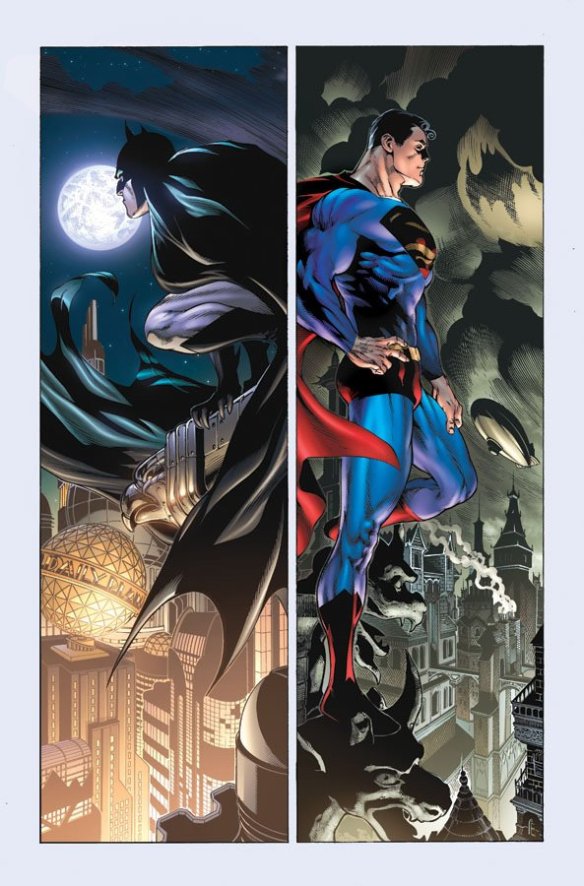 Superman is what you may call the ideal figure, or as a god. And on the other side of the coin, we have Batman, who doesn’t possess any superpowers or godly attributes as the former, but is regarded as the ideal human being, no different than a god. With still on-going debates on who is better, suffice to say these two are the greatest and well known characters who perhaps will never be knocked off from the top 2 positions.

Why I’m talking about them now here is that regardless of all the material and story-lore from comics and other iterations, in the core essence, Batman’s ‘weakness’ is that he is ‘human’. But Superman’s weakness is his humanity. It’s the subtle irony 90% of immature fans miss. Here we have the one who is the peak form of our species, but limited to human flesh, while the other a god who falls to our being. Now who is really perfect here?

While the Taoist symbol above explains subtly about these 2 characters, what constitutes to perfection in the first place? As I mentioned already, here it’s not about the destination but the journey. Who wouldn’t love to be Superman? In my case personally, just like everyone else I have many flaws, some I despise badly within wishing I could undo them. There are others I’m comfortable with, which in reality makes me, me. If everyone were ‘perfect’ where would be the difference and uniqueness of individuals? I guess despite many things we might have to improve on, being oneself is the most important and cherished thing of all. But we can always be Batman. 😉

2 thoughts on “Imperfection is Life’s Perfection”