I was watching one of the most greatest TV shows there is – The Sopranos, and this came into my mind immediately.

How are you more likely to make an important decision — by reasoning through it, or by going with your gut? 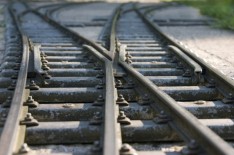 Ah decisions, especially crucial ones! In major ones, I tend to reason on most of them, or at least try to, but personally I find my instincts were most of the time which led me to the right choice, or at least satisfying ones, if they went wrong. Sometimes both might lead you to the same spot, but via very different ways. Here is an article that I’d like to quote which I read pertaining to it, emphasizing on growth and leadership.

Tony Soprano, crime-boss and family patriarch of HBO’s The Sopranos, demonstrates successful methods for leading a team and forging beneficial, productive long-term relationships. When in doubt, assert yourself. Tony is well aware that he doesn’t have all the answers, yet even in his uncertainty, he forges ahead with bold action. He proudly claims that more is lost by indecision than by wrong choices.

It is important to differentiate between problem analysis and decision making. The concepts are completely separate from one another which is generally mistaken for the same. Traditionally it is argued that problem analysis must be done first, so that the information gathered in that process may be used towards decision making. That comes down to reasoning, but at such a time when you have no moment to think but act, only your reasonable instinct on which you can count on.

4 thoughts on “More is lost by indecision than by wrong ones.”