You have the choice to erase one incident from your past, as though it never happened. What would you erase and why?

I started to think all the bad things which happened in my life. Clearly too many, which also very much outnumber the good ones. Here note, I was thinking about the bad things/incidents, not a one which I would want to erase. Because despite how much I think and pin point one, thinking that was it which caused a certain chain of events and made things worse, or that one was so bad that nothing could ever compete with it, I just realized more on an important thing which I already knew – that good and bad are two sides of the same coin. It’s just a matter of when the coin flips and lands on which side. 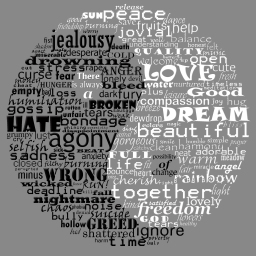 If I was to conclude with one, I should just erase the day 26 February 21 years ago – the day I was born. That would spare all the suffering. Otherwise no matter how much I think of erasing a crappy one, there was good attached to it too. No, I’m not going to give the sweet sugarcoated ‘one day things will be better’ pep talk, things will always go wrong. There are times that I wish I could take back many times, and if it was actually possible I might change my thinking and perhaps go for it too, as I don’t hesitate to bend my ethics for the better because I never be a hypocrite. It’s about being grateful for the good, learning from the bad and moving on, or taking the (inevitable anyways) way out.

Coming to which, you should read The Shiva Trilogy by Amish Tripathi, India’s first (and best yet) literary sensation. The third book very much highlights this aspect of the trilogy, check this out which was on my birthday some weeks back.